"I would rather wake up in the middle of nowhere than in any city on earth."
-Steve McQueen 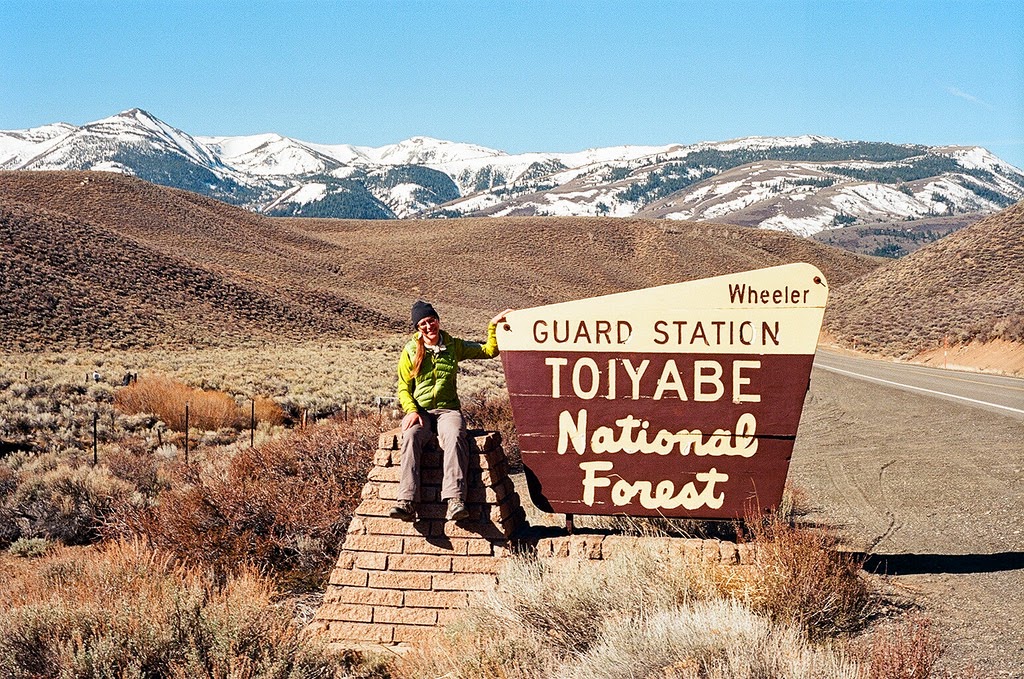 me outside the bunkhouse

The past two months have been a whirlwind. Amid leaving one job, starting another, moving, saying so many goodbyes there has not been much down time and I don't have my computer yet and since it's a real pain to blog from my phone (which only has service in select corners of the bunkhouse) I have not been able to post.

I feel a huge weight lifted off me now that I don't live in a city. It feels great to be here, quiet and calm just the way I like things. Our bunk house is 20 minutes or so from downtown Bridgeport, all by itself. It's rustic for sure, but boasts lots of great things like bunnies hoping around outside, about a half dozen horses that belong to the Forest Service that graze outside, a little creek that runs by it and of course a view of the Sierras. It's also very close to many trailheads...today I drove just 15 minutes to a trailhead to go for a run! 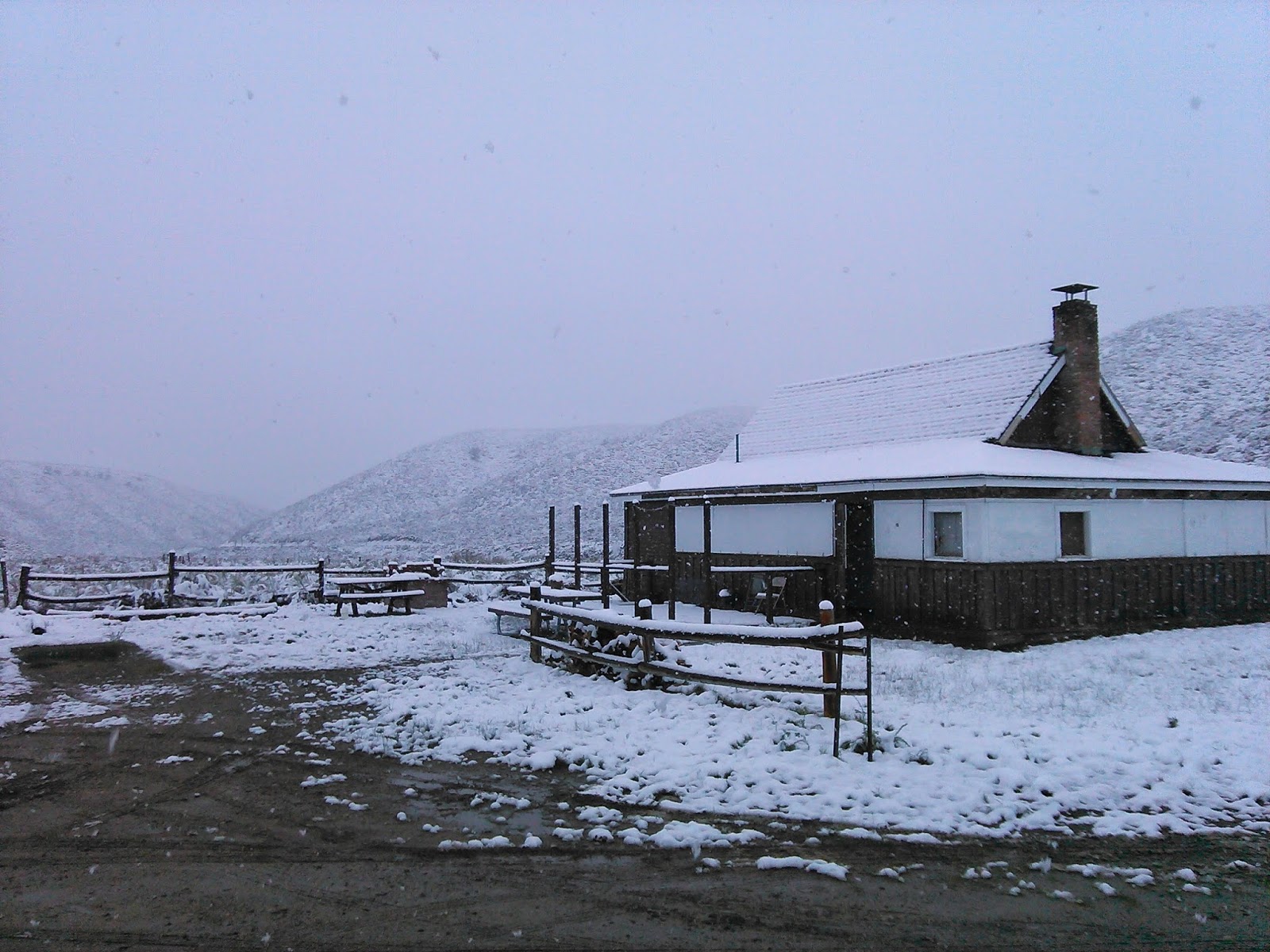 We had crosscut saw training last week. That was really exciting, there's a lot I'm looking forward to with this job but the crosscut training was pretty high on the list, I wish it could have been longer. Some of you may know the the Wilderness Act states "no use of motor vehicles, motorized equipment" which means no chainsaws or any other power tools are used in the Wilderness area I work in (or any Wilderness Area). So we use crosscut saws, some of them are two person style and 5' long! I took a saw class with the Pacific Crest Trail Association last year in southern Oregon and got to use a crosscut for the first time, it's a beautiful tool. I love how quiet it is, that you can actively communicate with people while you use it, unlike a chainsaw. And when you get to have a sawing partner on the other end it feels like a dance. In April, Al and I went up to my family's cabin and he felled a couple trees that had the cabin in their fall line (he got chainsaw certified last summer). We're not getting certified to fell in the class I took last week, but did get some lessons on it and getting to have Al talk me through the chainsaw felling process was a great introduction to wedges, holding wood and all things tree felling and sawing. 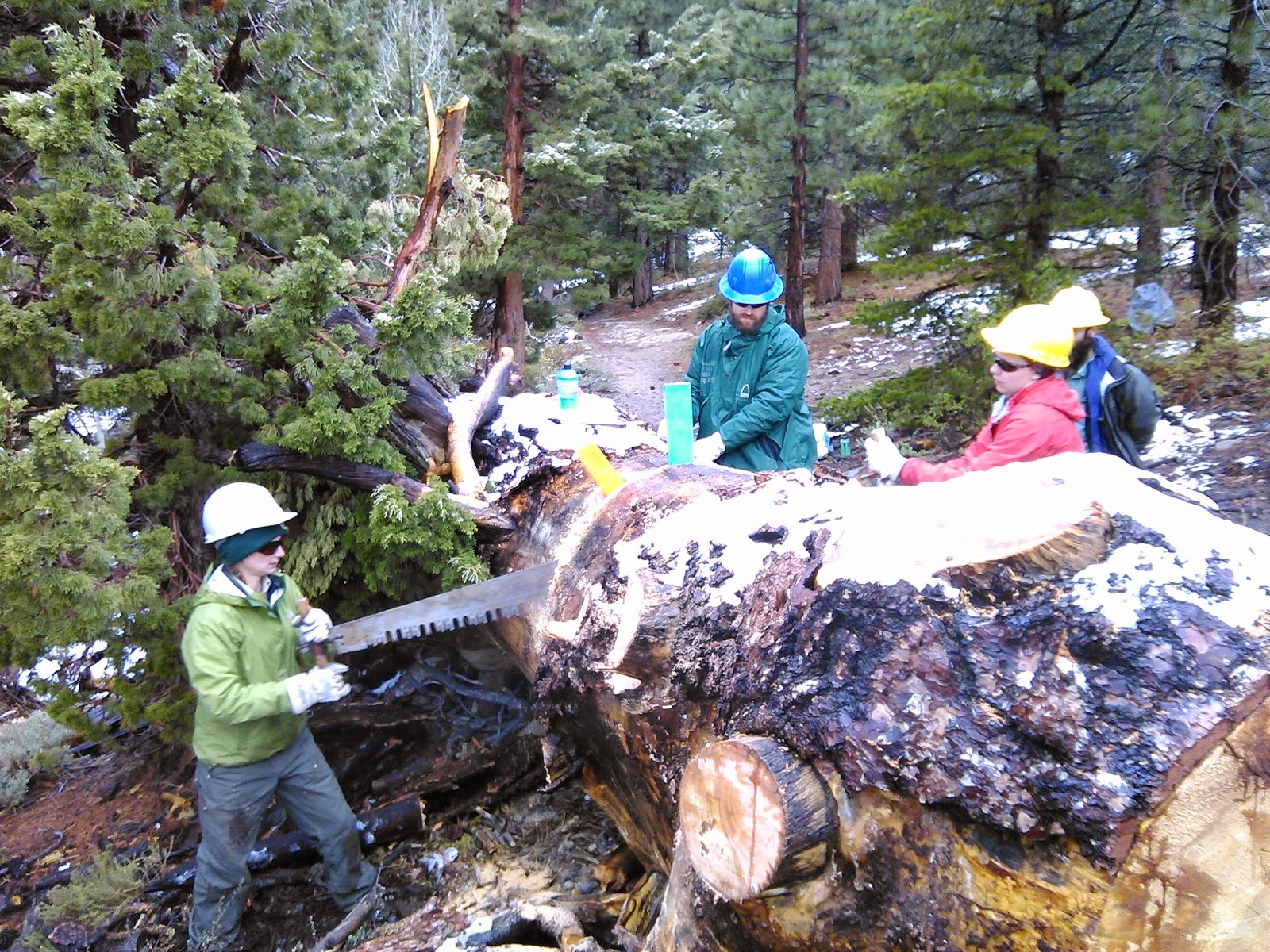 rangers and trail crew bucking up a tree that was in the trail during saw training
Posted by V at 2:03 PM