"But the love of wilderness is more than a hunger for what is always beyond reach; it is also an expression of loyalty to the earth, the earth which bore us and sustains us, the only home we shall ever know, the only paradise we ever need — if only we had the eyes to see. Original sin, the true original sin, is the blind destruction for the sake of greed of this natural paradise which lies all around us — if only we were worthy of it"
-Edward Abbey, "Desert Solitaire"

On average I talk to 30-50 people a day. As the season pushes into fall I start to feel like a broken record. Saying the same things over and over. When I wonder if I'm having any impact on anyone I talk to, I always think "well at least I'm keeping the Wilderness clean." This summer my trash has weighed in from 2-20 pounds per each 4 day hitch. Here's the "best of" for the season.

No official trail goes to Chikamin Lake so imagine my surprise when just after I was admiring how pristine and unblemished this area was, I found a huge dump in some bushes near this tarn.

So far I have packed at least 4 giant tarps out of the Wilderness this year. I was about to pour out that water bottle on the left then realized it was a full container of vegetable oil!


Also from just ONE fire ring!!

This is the fire ring I pulled the trash from the last photo out of. So full and ugly. It can take a long time to pick all the bits of trash people burn. Here's a great idea....don't burn your trash! It generally doesn't burn all the way and chunks can fly out and start a wildfire. Also: foil doesn't burn! It turns to tiny bits that drive Wilderness Rangers nuts.

I picked and packed the trash out, and rehabbed the fire ring...it's a rare day where I don't clean out fire rings. 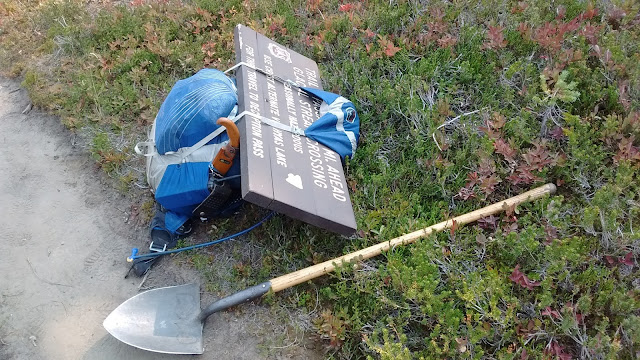 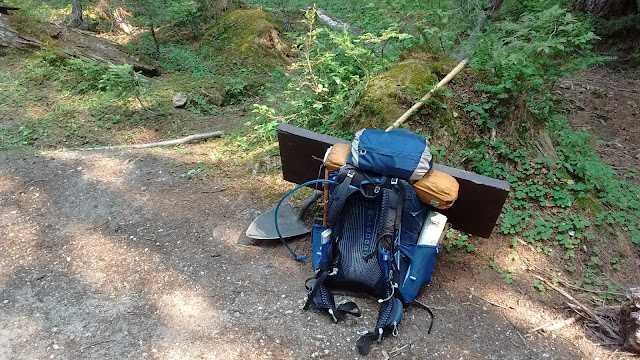 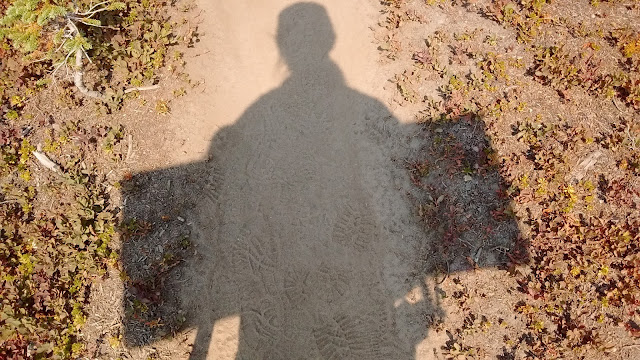 We figured out that this ten pound sign had been stashed in some bushes for at least 2 decades! Wilderness managers are encouraged to use signs with no paint or mileage which speaks to the "managed so as to preserve its natural condition and which generally appears to have been affected primarily by the forces of nature, with the imprint of man's work substantially unnoticed" and also the "land retaining its primeval character and influence" portions of the Wilderness Act. I also think signs that are a little more discrete in size than this one are more in line with those Wilderness Act ideals.