"But love of the wilderness is more than a hunger for what is always beyond reach; it is also an expression of loyalty to the earth which bore us and sustains us, the only home we shall ever know, the only paradise we ever need - if only we had eyes to see." 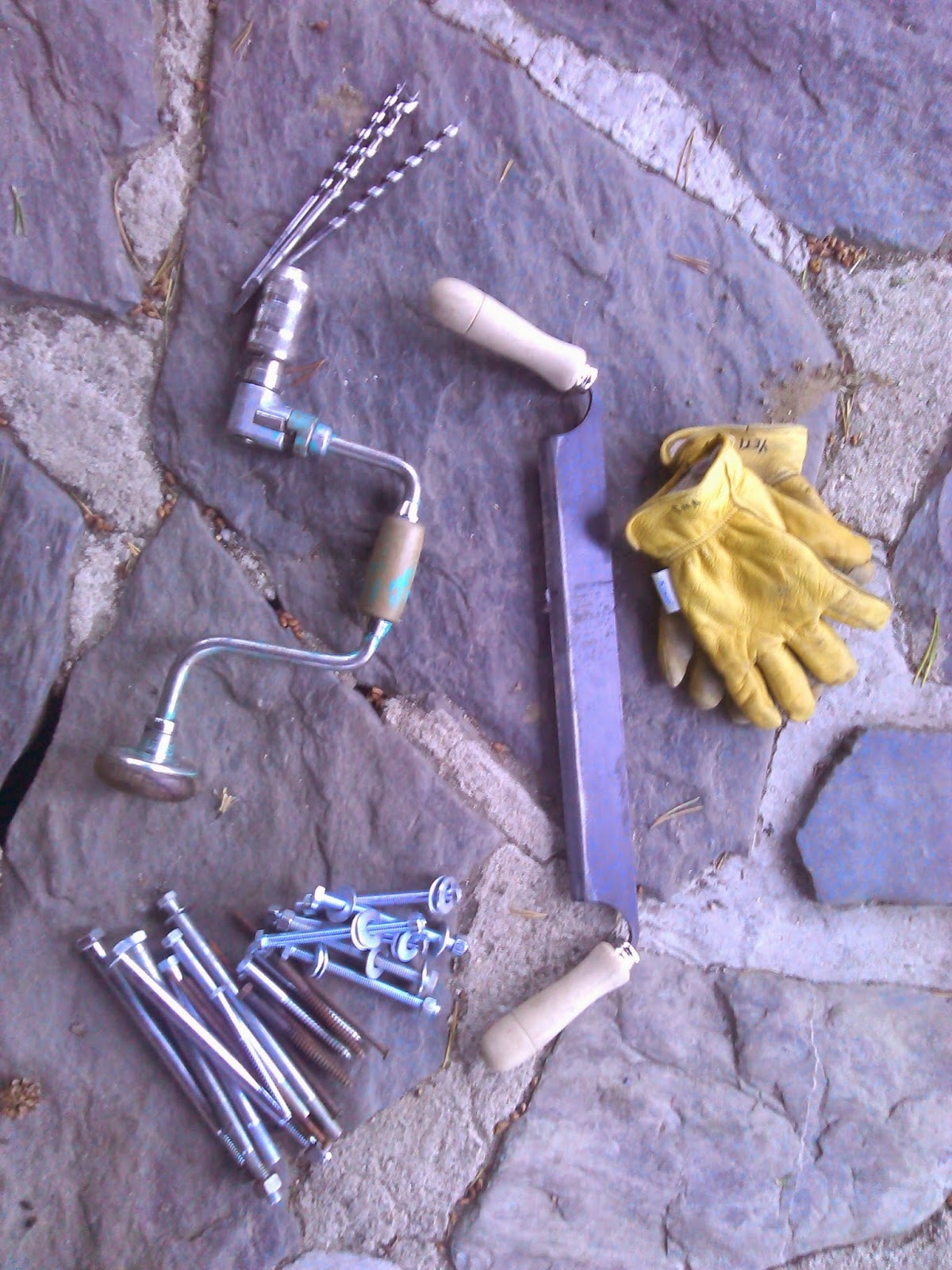 I didn't know how big the holes in the sign were so I brought a few different bolts, screws and bits. I put the draw knife in the photo because it is another very fun tool I used for the first time this summer which we use to cut bark off a log. You hold the handles and pull the blade towards you which peels the bark away, it's really fun and satisfying! Conner and Cara had already debarked the tree I was going to use and they did it with a shovel so no draw knife was needed for this project. 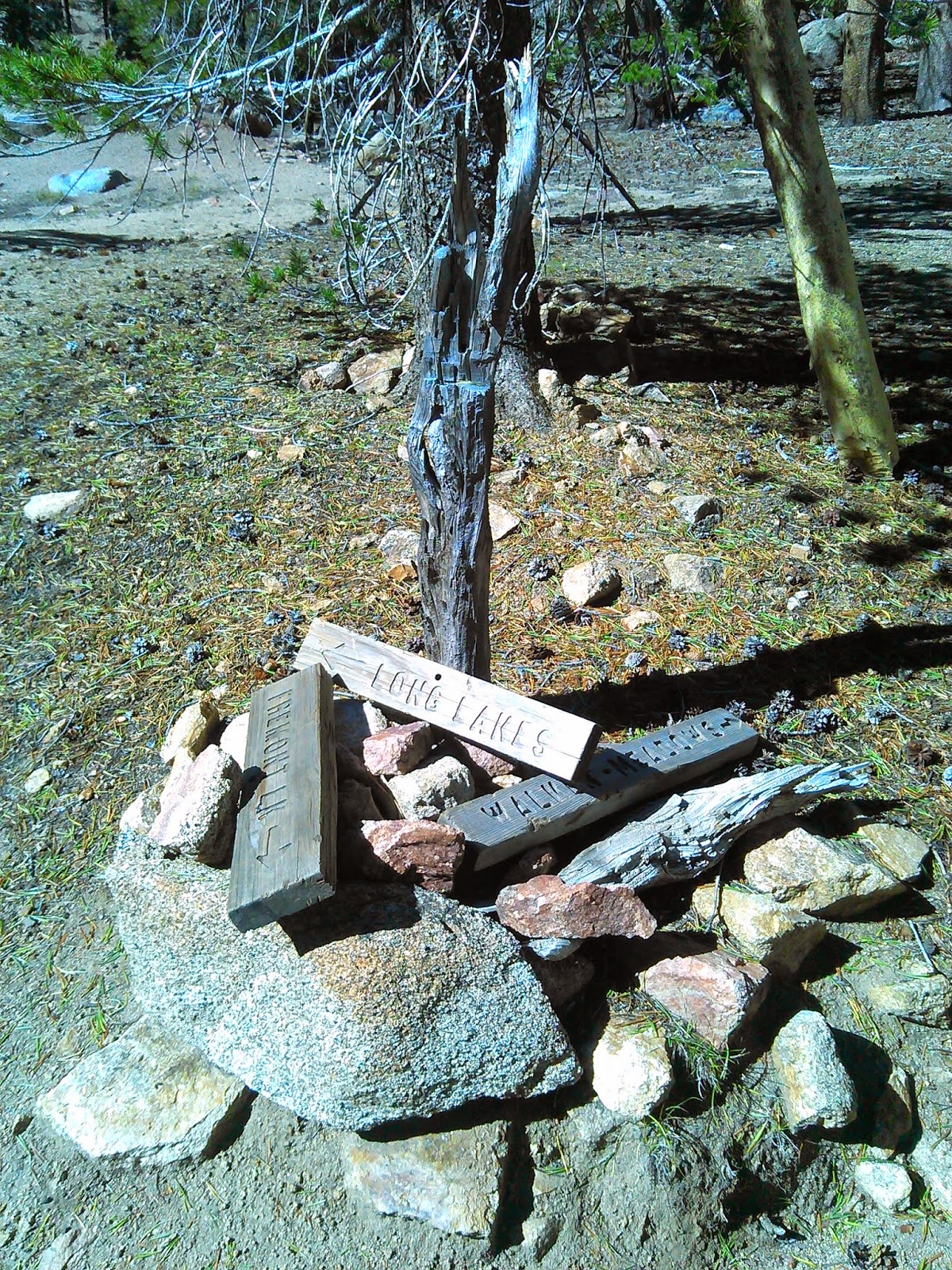 Here is the old sign...hardware was missing and the signs were just laying on the ground. 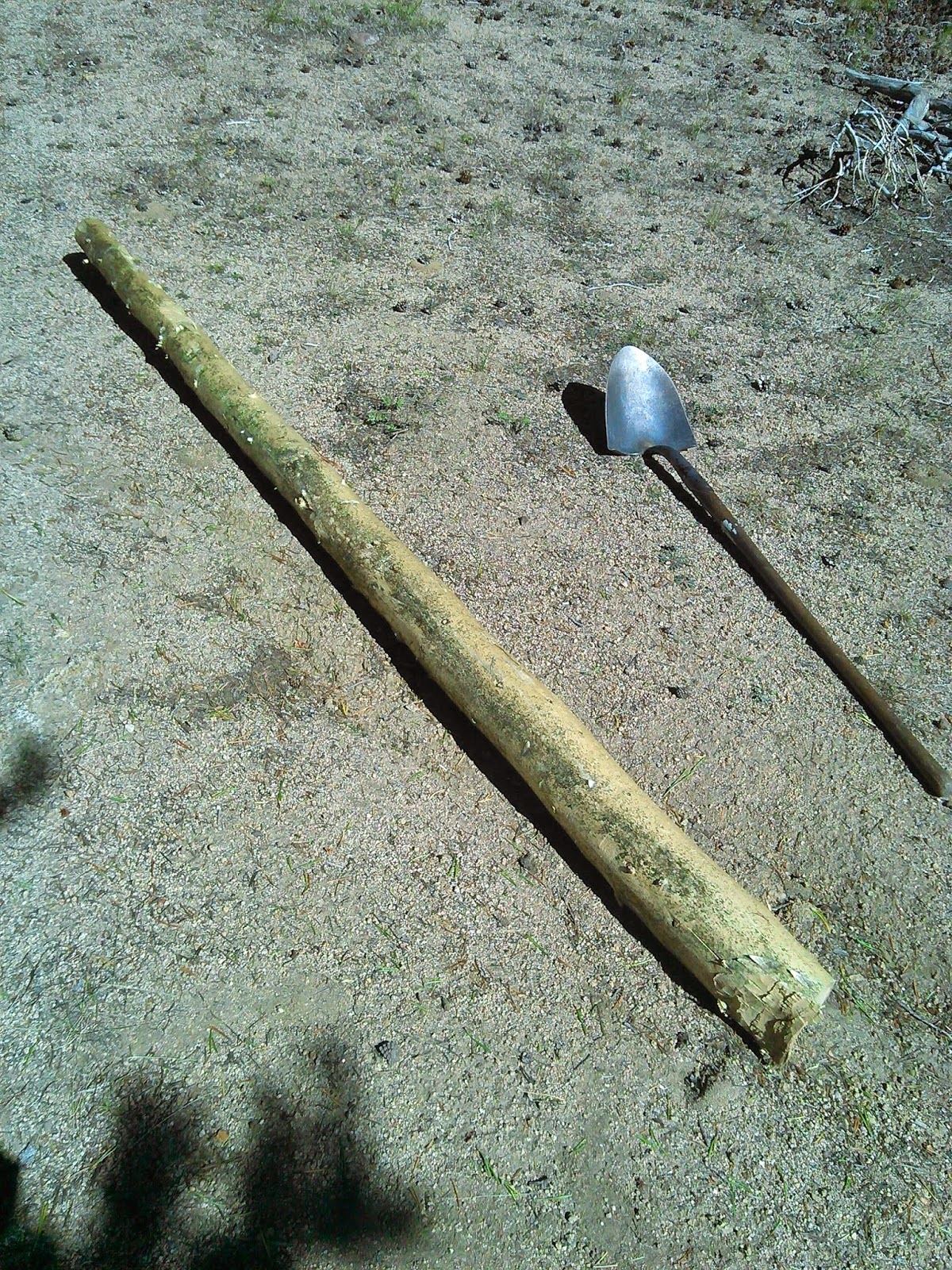 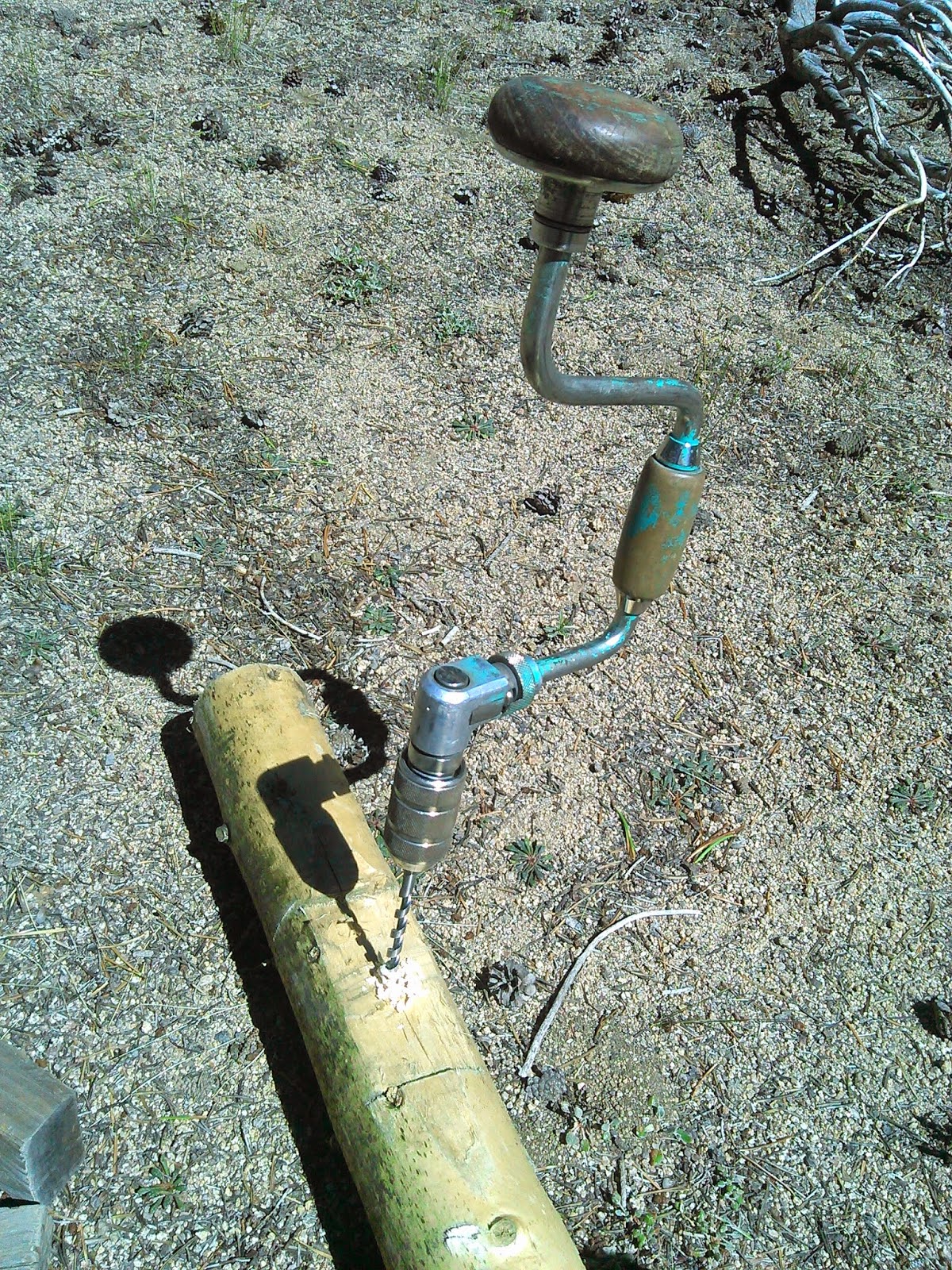 You can kind of tell from this photo that Cara and Conner had already scored in spaces for the signs so they sit better on the post and point the correct ways. I put a bit in the auger that matched the holes in the sign and bored some holes into the post. This was really fun, what a great tool that auger is...you put pressure on the doorknob looking part and then spin the handle-crank with the other hand to drill a hole. 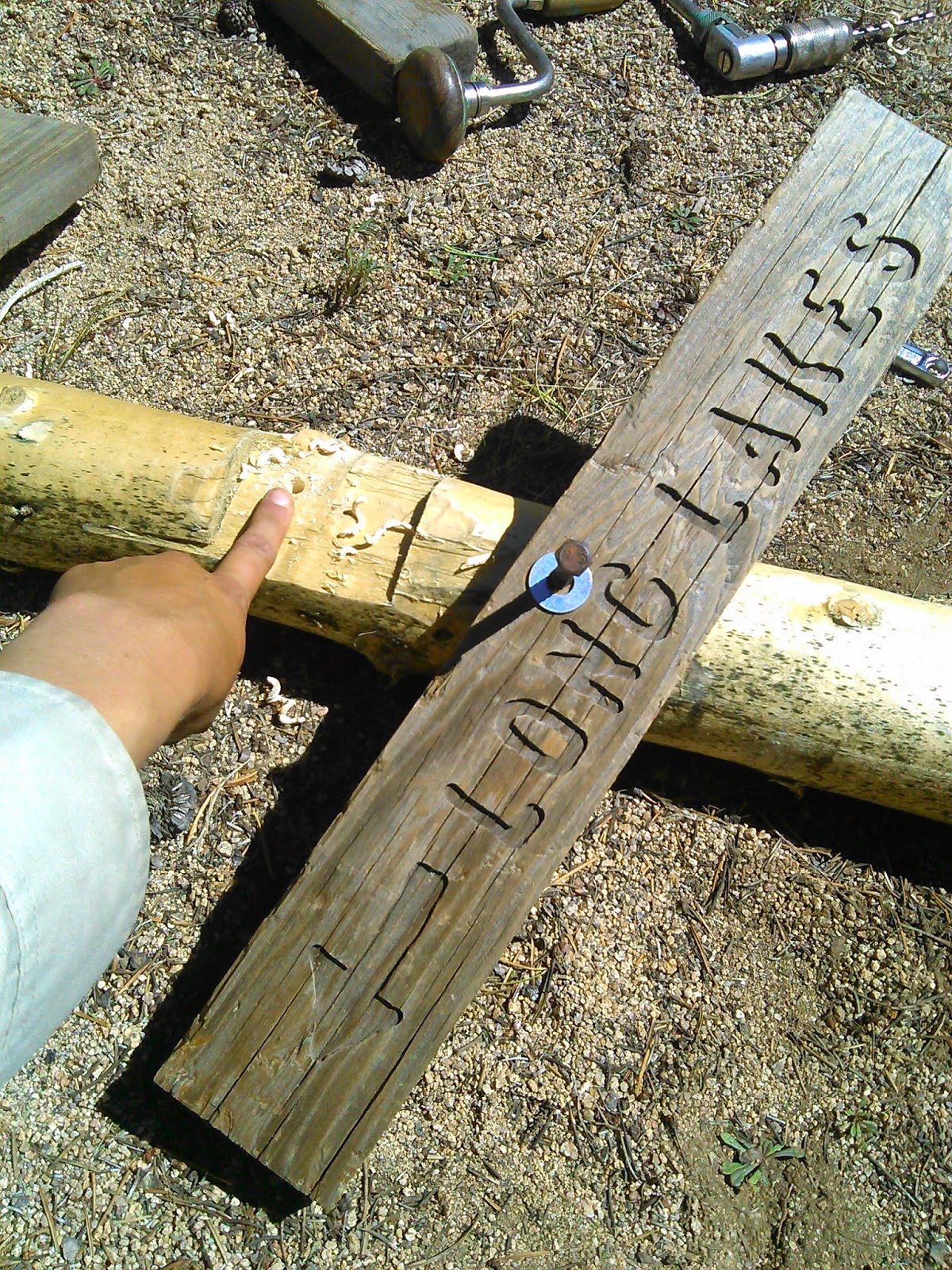 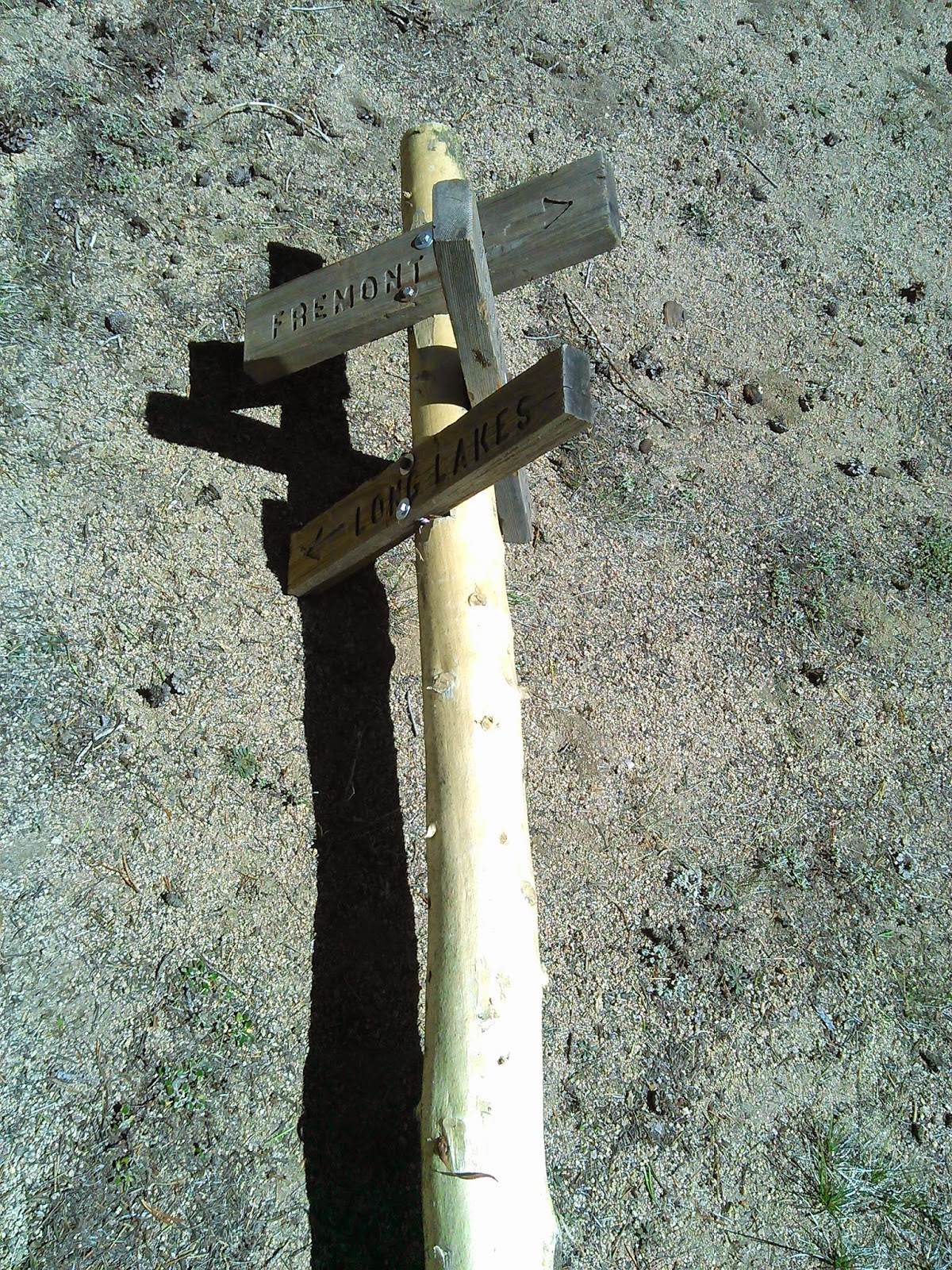 Once I had my holes in there I could screw the signs on. Conner told me later that it's not too hard to screw the screws in by hand, using the auger to bore holes wasn't completely necessary. But because I hadn't had a chance to use this tool and I wasn't sure if I would be using the bolts or screws I put the holes in. 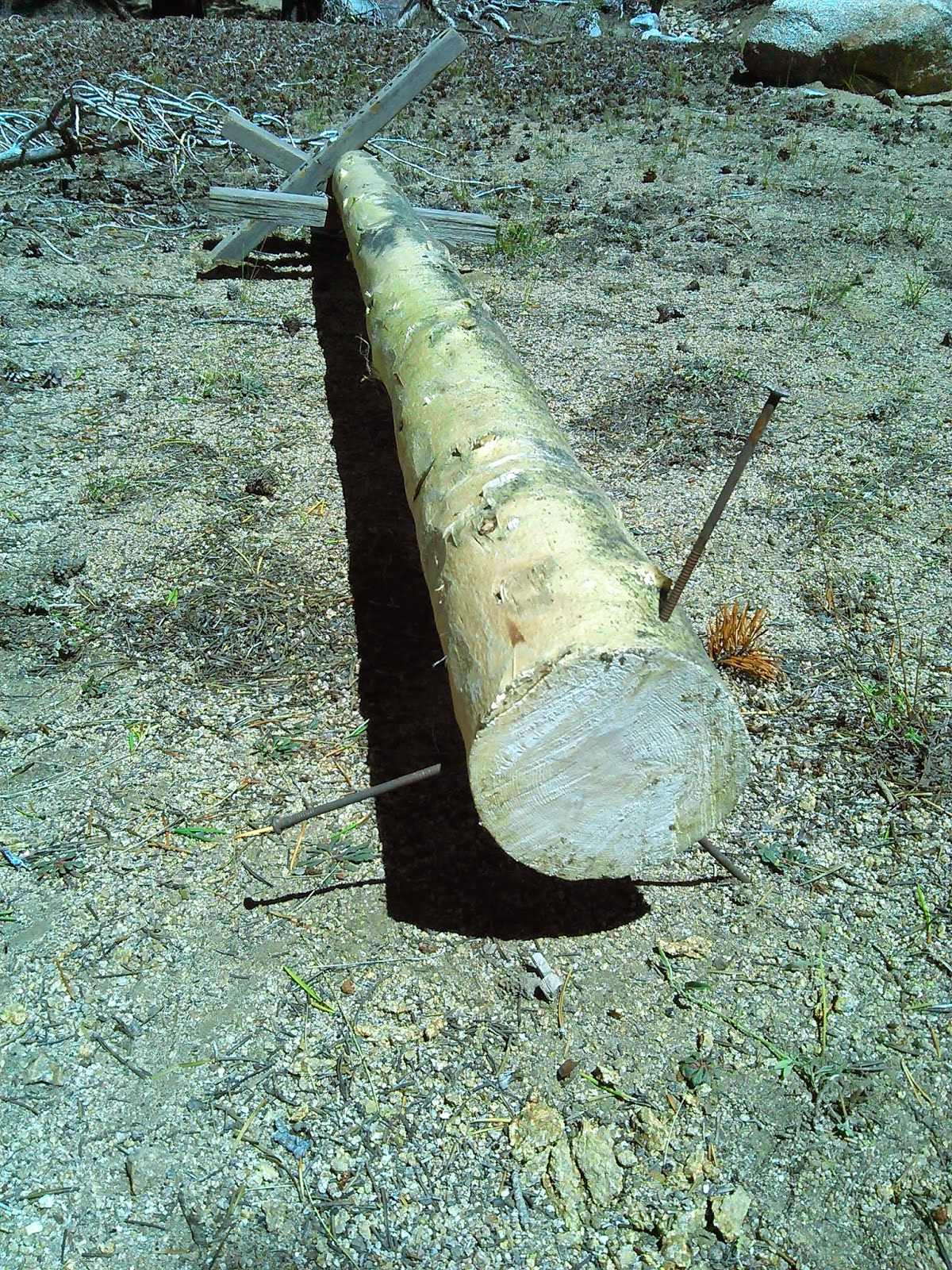 I put some nails in the bottom to hopefully make it stay in the ground even better. I used a rock as my hammer since the weight of the auger and hardware was already a good amount and I didn't want to carry something extra. 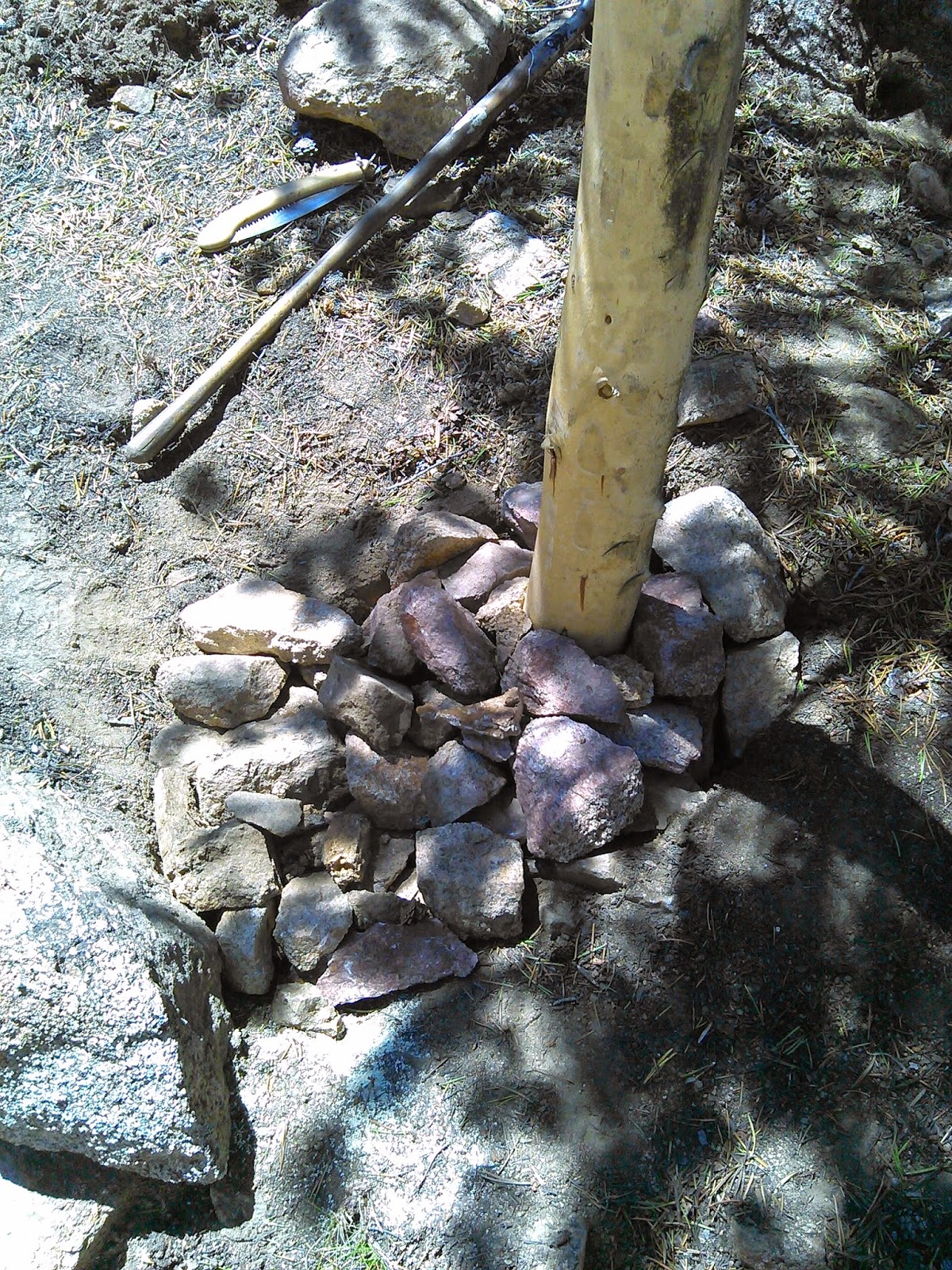 I dug a hole (2 feet deep) and then filled it in with rocks and then with dirt, and then put more rocks on top. 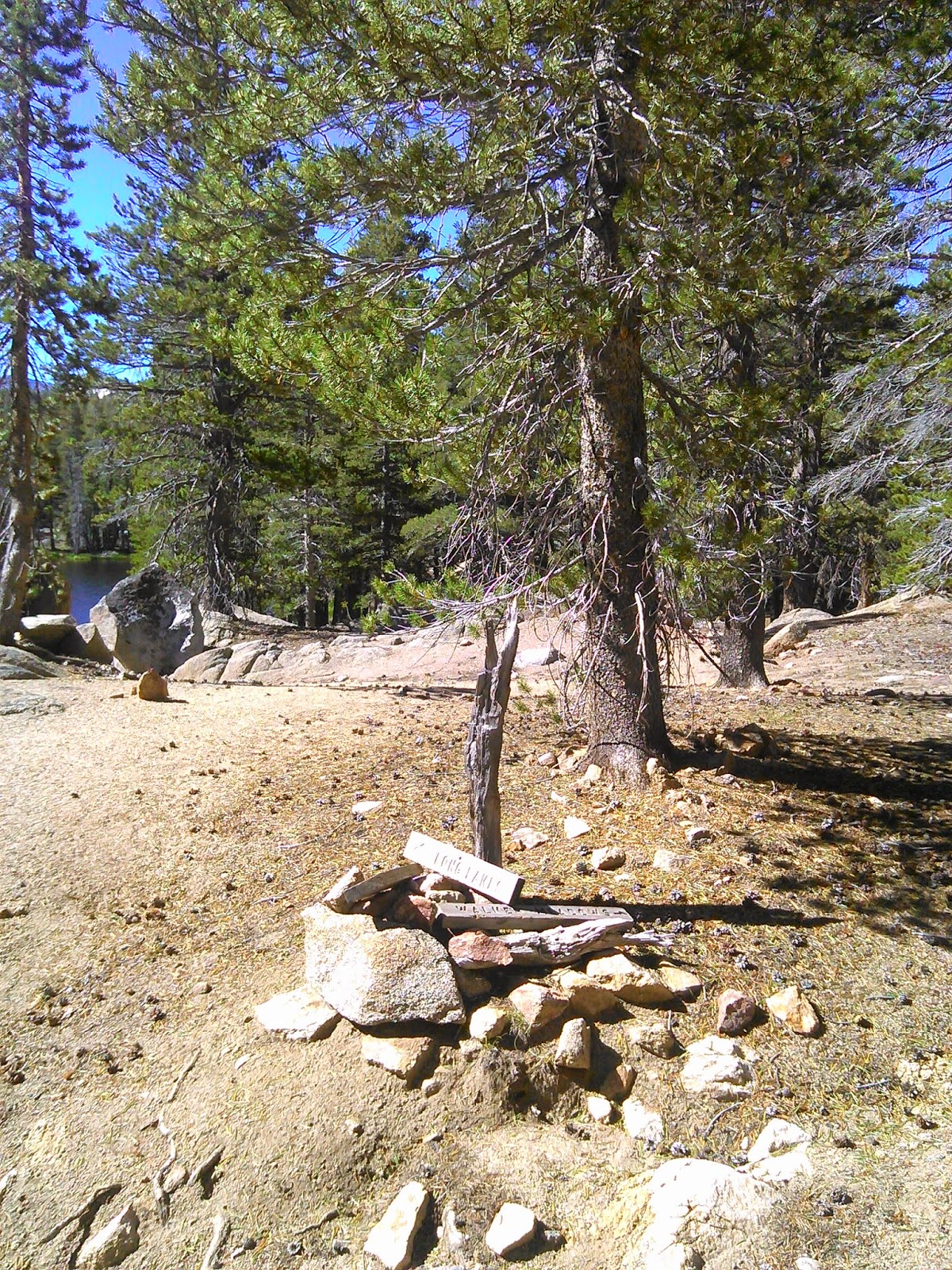 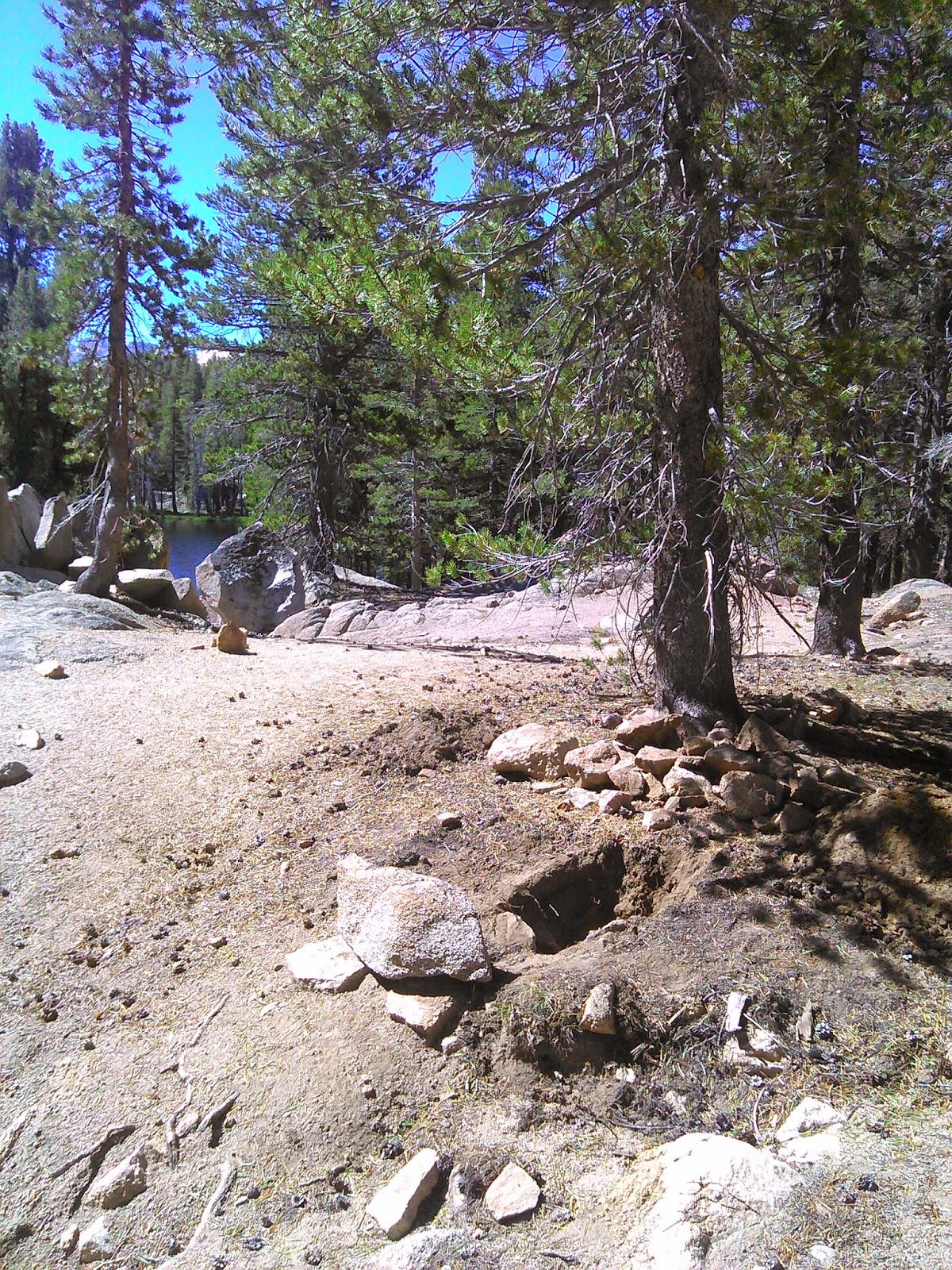 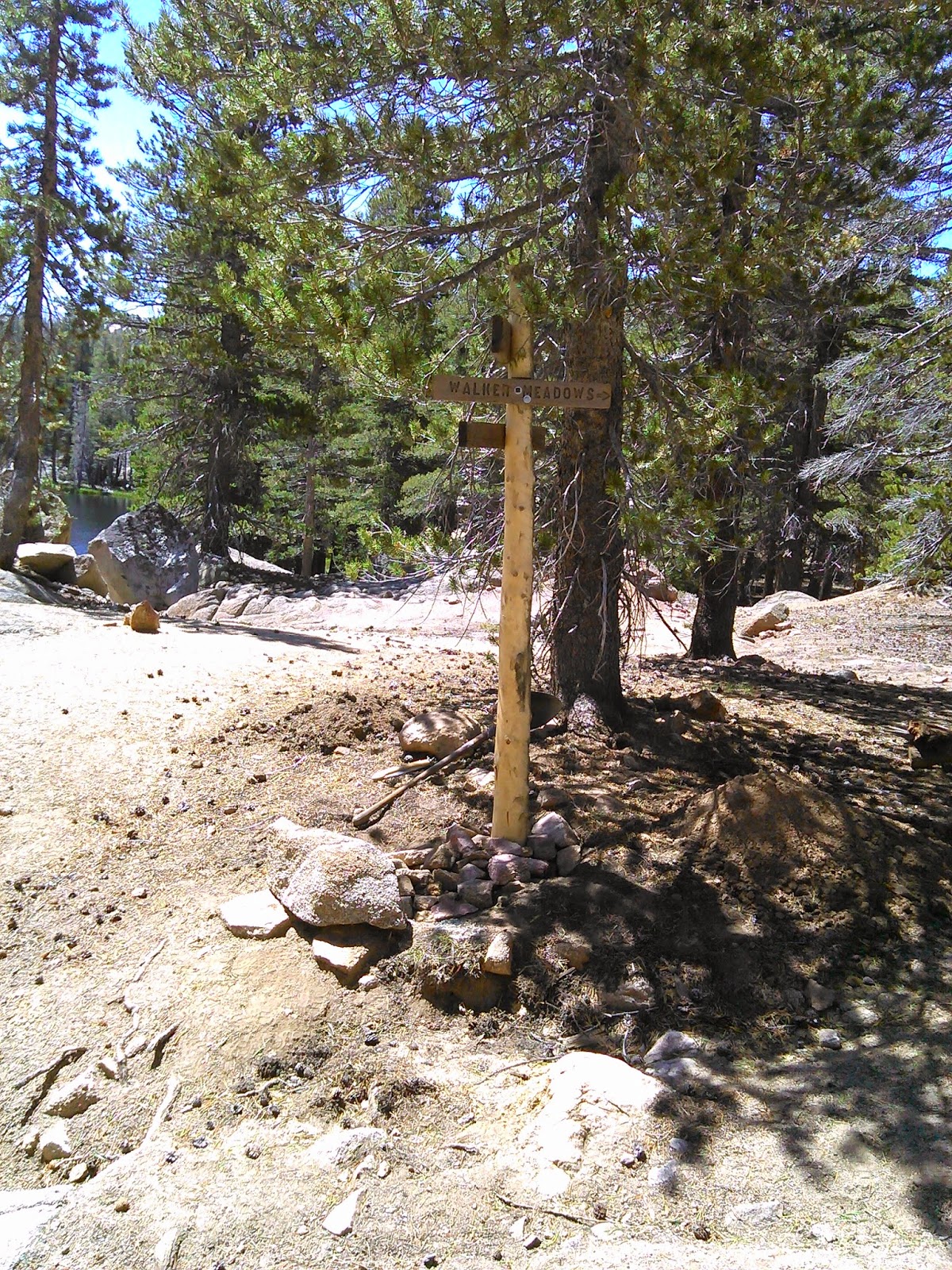 put the post in and filled the hole with rocks... 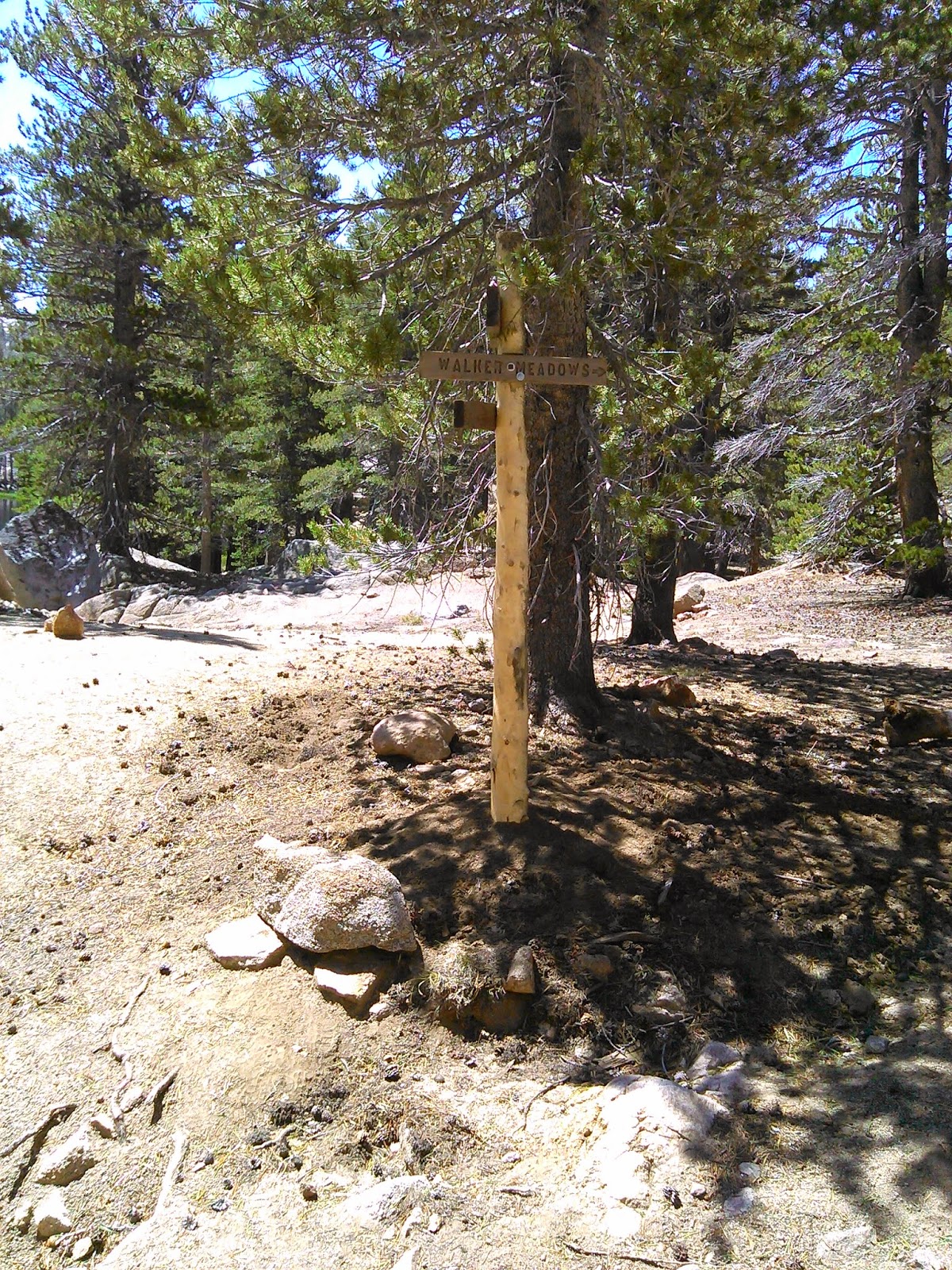 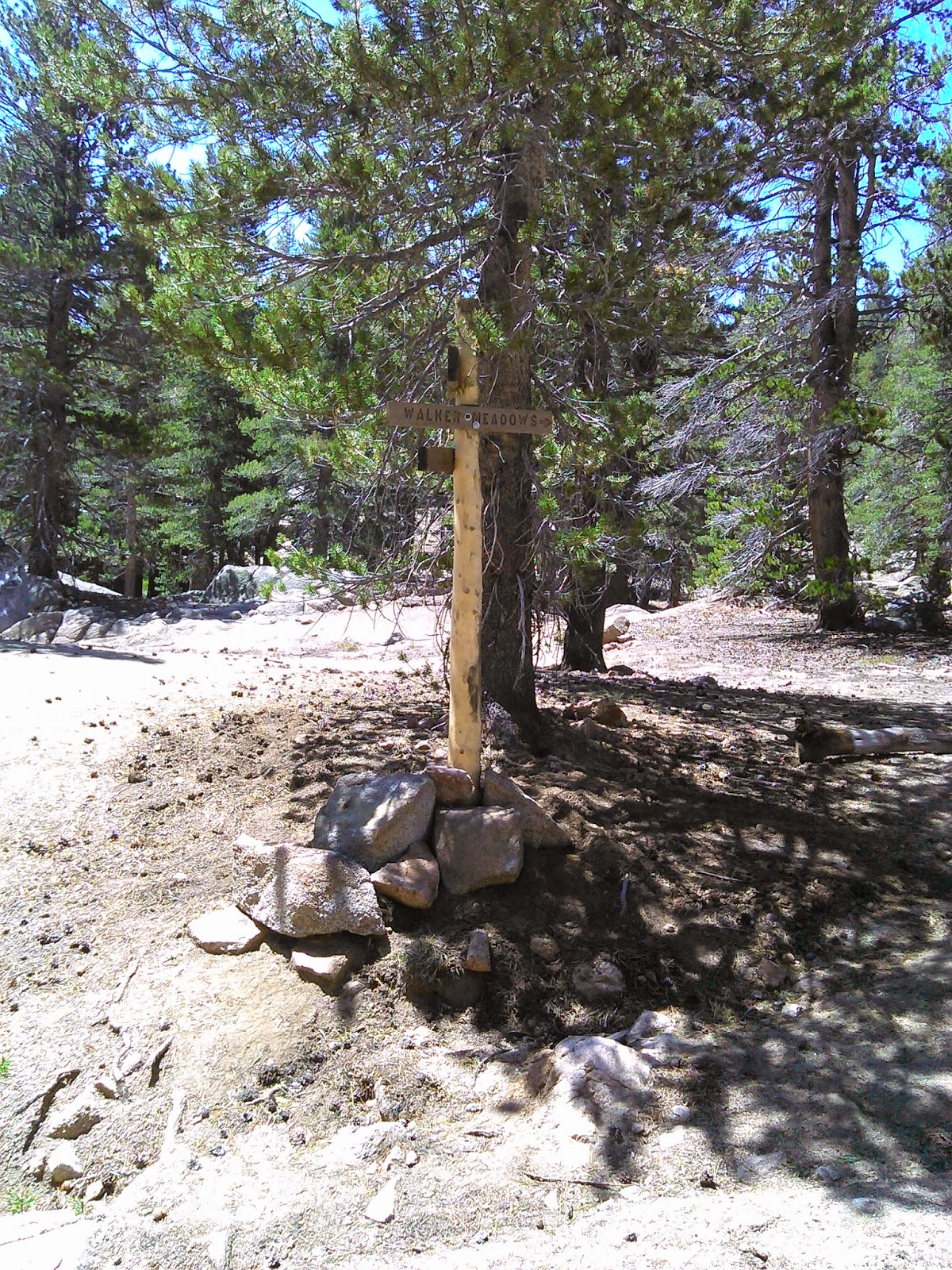 then put more rocks on top and around the post! 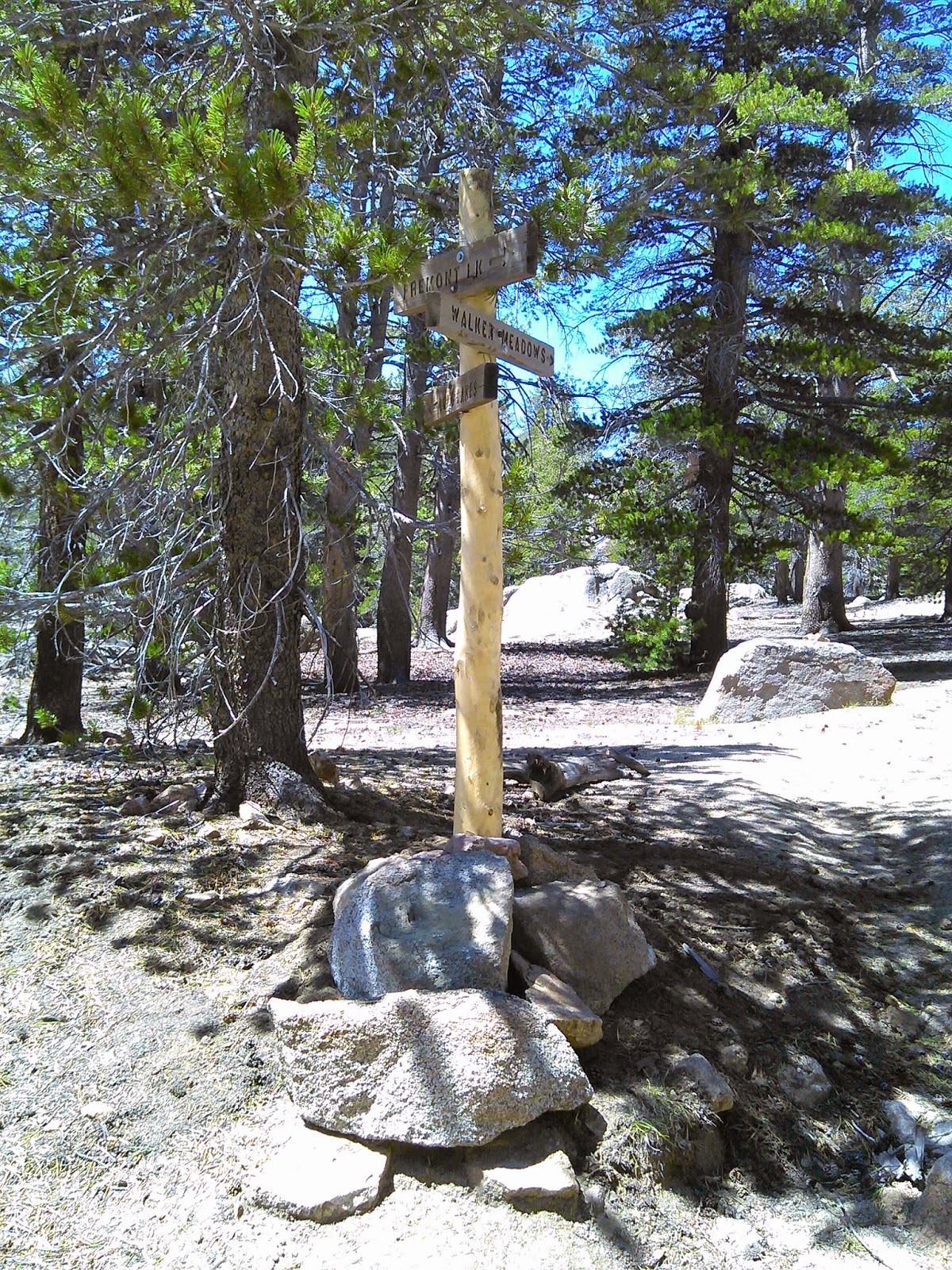 Here's a diagram from the Forest Service Trail Construction and Maintenance Notebook illustrating what I did: 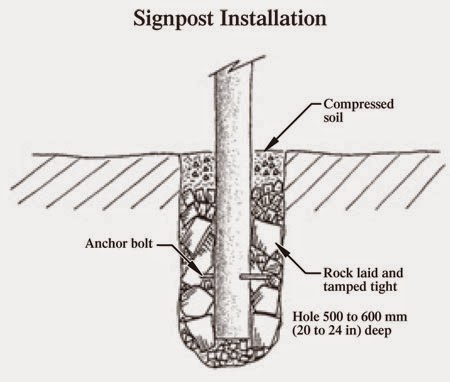 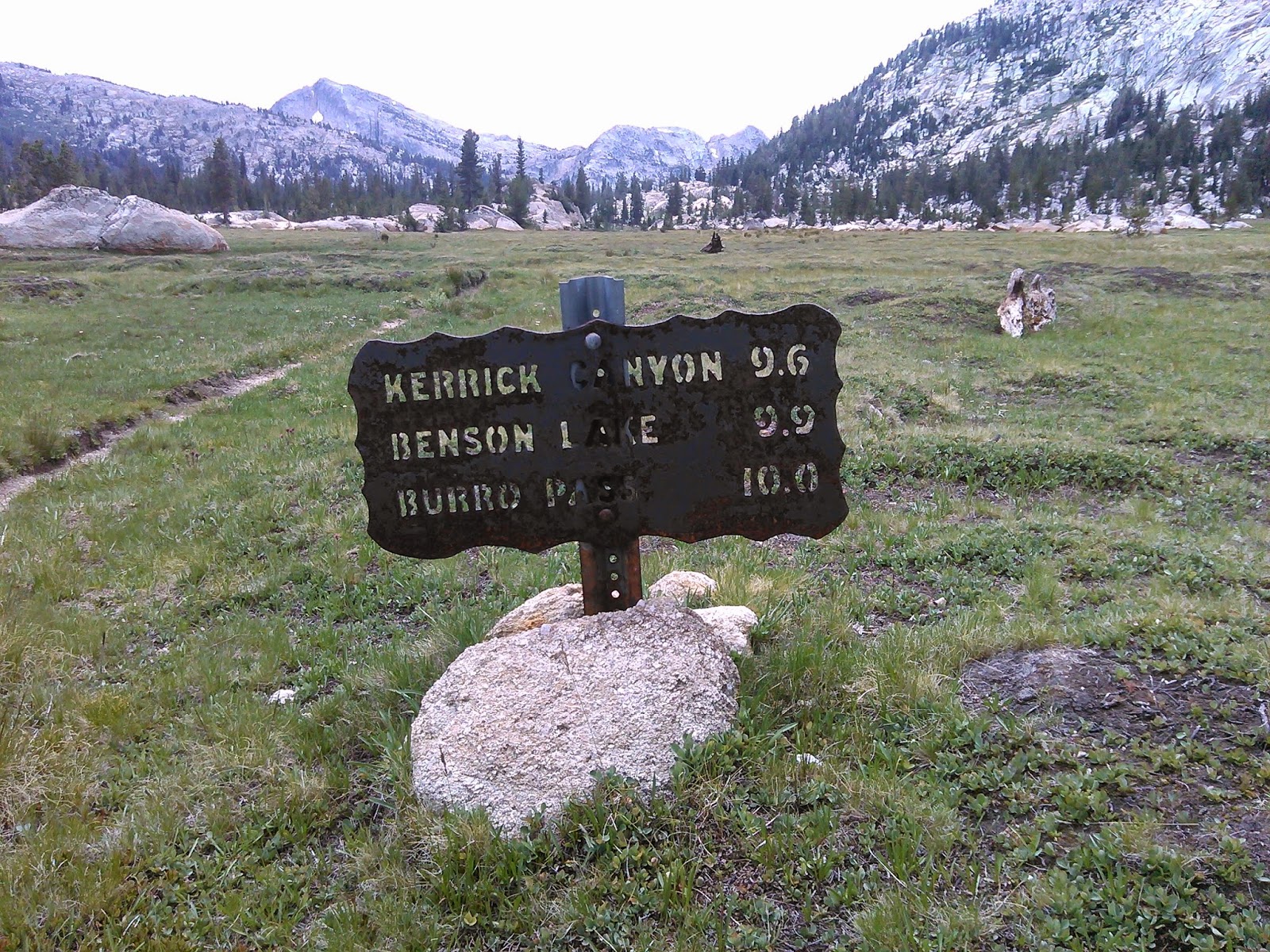 From a Forest Service Document about Wilderness policy: "We minimize the presence of modern artifacts of civilization, such as signs, bridges, structures, and technology; large groups; unnecessary managerial presence; and conflicting uses that tend to interfere with one’s free and independent response to nature."

In the Hoover Wilderness, we only have wood signs. We opt for the natural material and do not put milage on the signs to keep things more wild. Different Wilderness Areas interpret the Act differently, the sign in this photo is in Yosemite where they use metal signs and put milage on the signs. Yosemite is also the 3rd largest Wilderness Area in California (Death Valley and Sequoia Kings-Canyon are the largest) and have a lot more visitation which is likely one of the reasons they use metal...it won't have to be maintained much once installed.