So this past week we spent the week out of the field and in town for the 4th of July which is a very big deal in Bridgeport. This tiny town, population 575 explodes when pretty much everyone from town and hundreds from out of town come in to see the parade, fireworks, greased pole climbing contest, watermelon eating contest, mud volleyball, rodeo and more. It was good timing in regards to the mosquito hatch.....the bugs were pretty horrendous the past week in the backcountry. 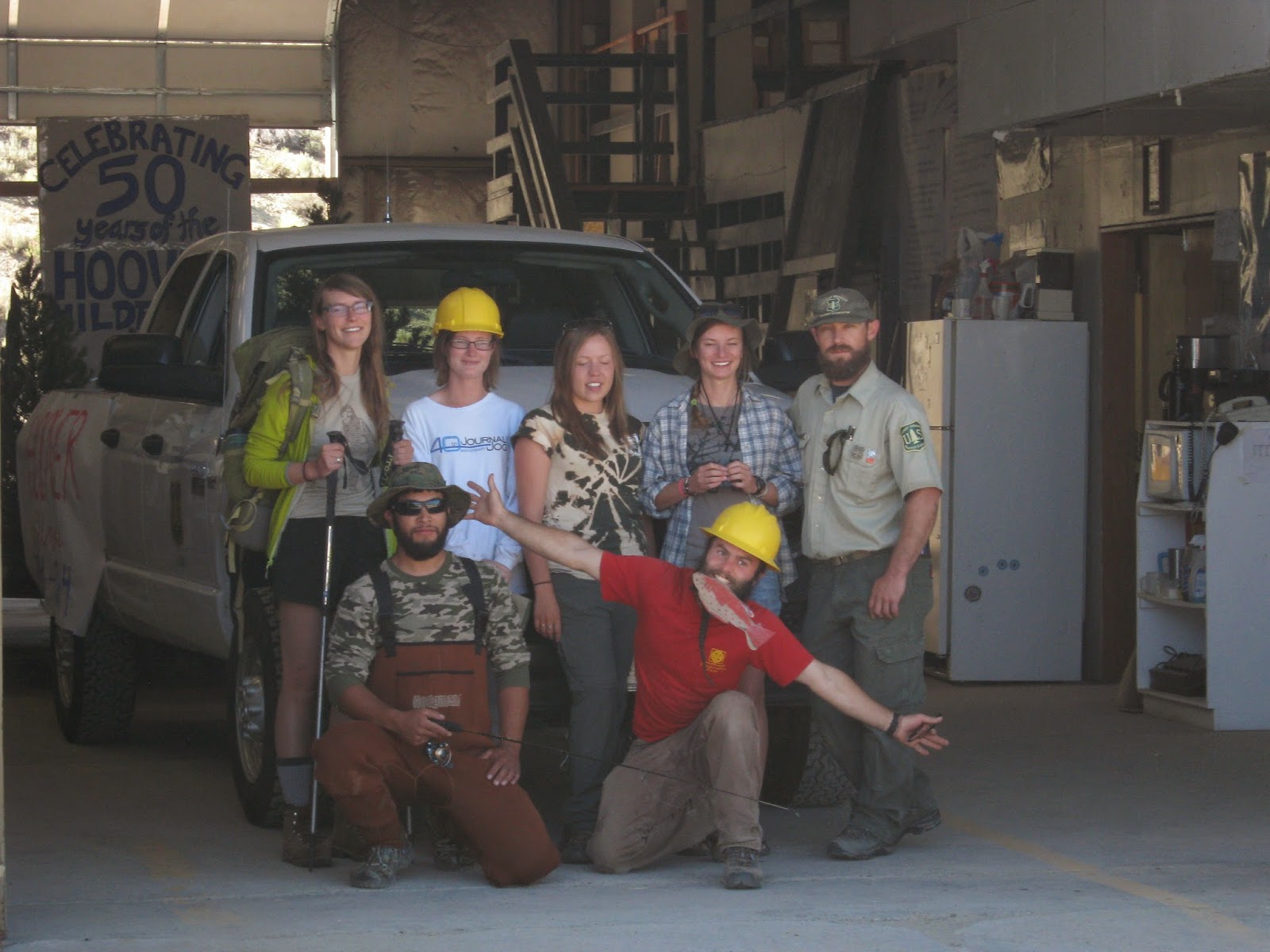 For the float we dressed up as different users of the Wilderness (backpacker, trail crew, bird watcher, ranger, fisherman) 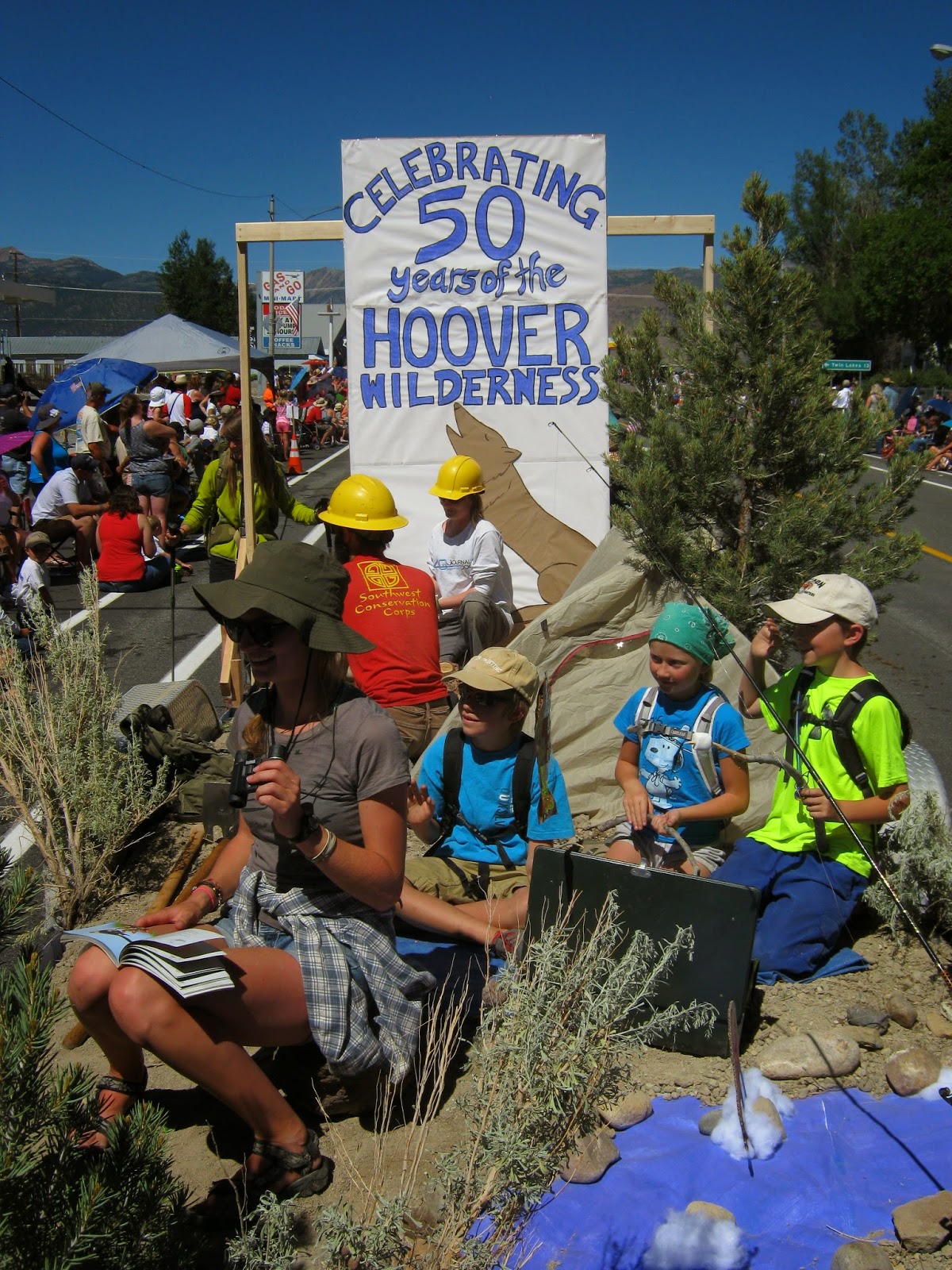 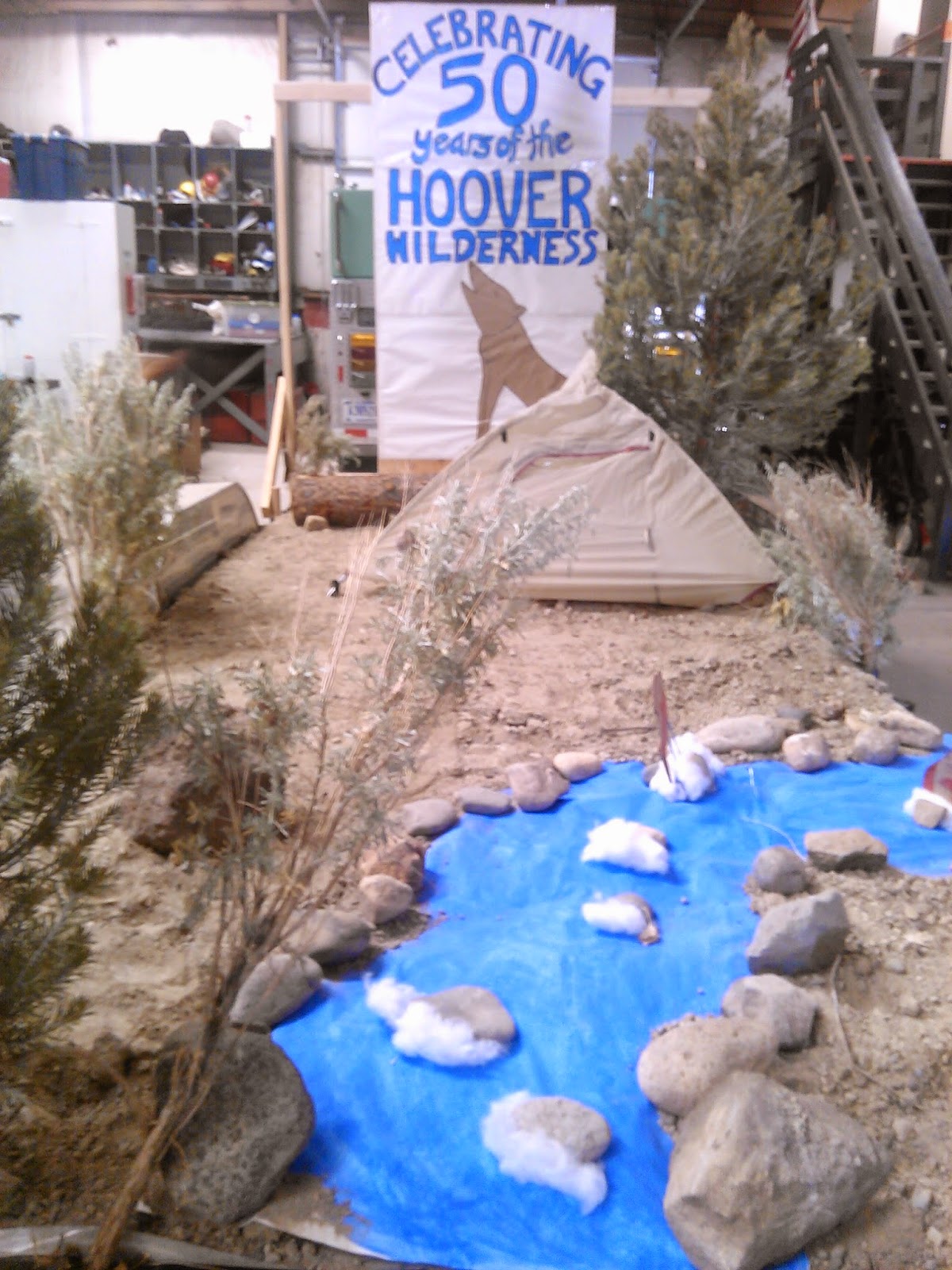 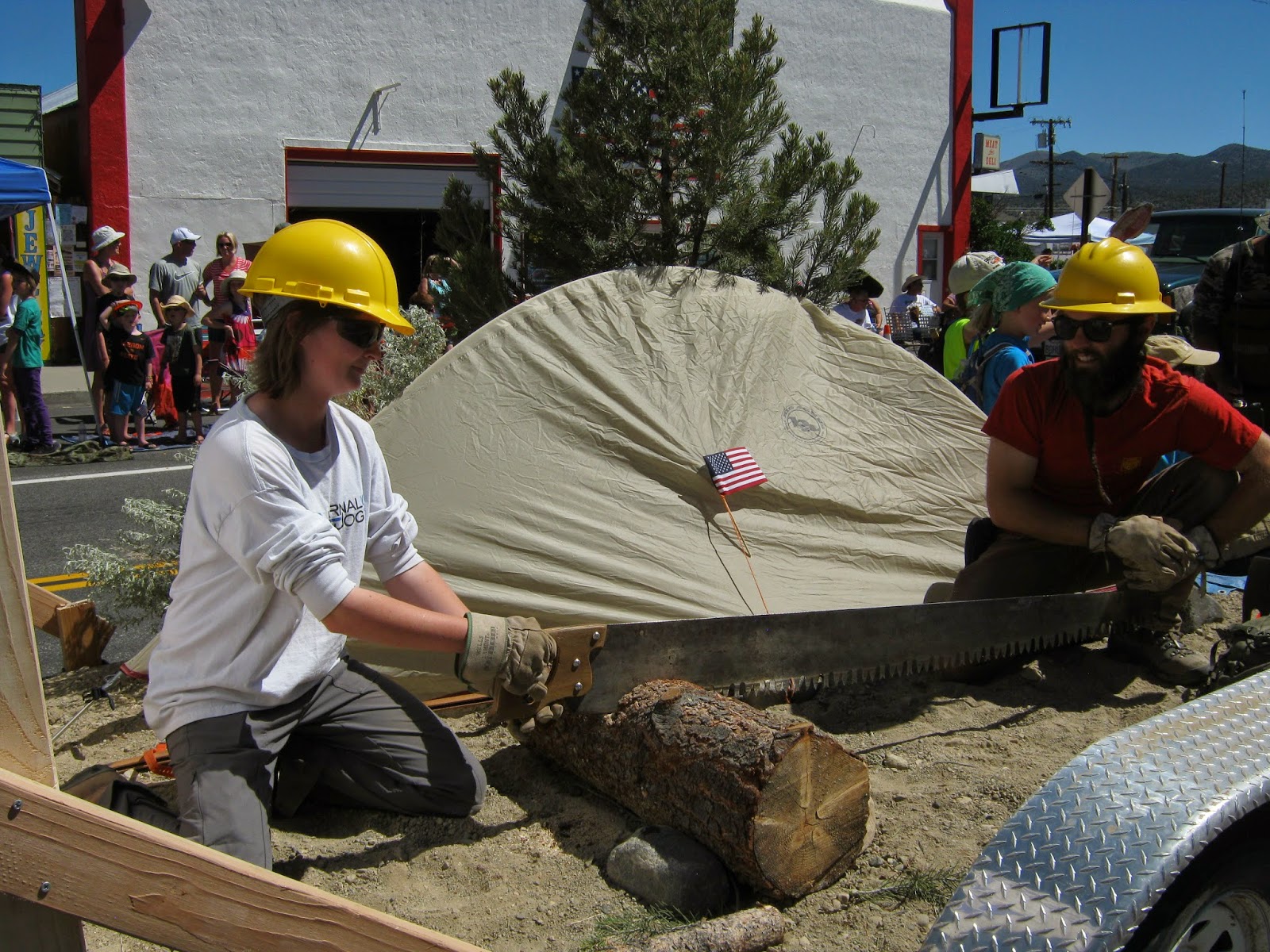 Our big hit was the crosscut saw, people loved it!

Next to the courthouse in town there were street vendors with booths set up and we had a booth that we manned for the weekend. The entire weekend (booth and float) were Wilderness50 themed for us. The 50th anniversary of the Wilderness Act is a big deal and it was neat to be in a town where we had a chance to publicly celebrate it! Here's a little video of things from this week. I need to learn to hold my phone upright, sideways made for some warped video but it's still fun.

Back into the field this week!