“This is what we can promise the future: a legacy of care. That we will be good stewards and not take too much or give back too little, that we will recognize wild nature for what it is, in all its magnificent and complex history - an unfathomable wealth that should be consciously saved, not ruthlessly spent. Privilege is what we inherit by our status as Homo sapiens living on this planet.”
- Terry Tempest Williams

At the end of last season and again a week ago I got to help out with some rigging projects where we used cables and winches to lift heavy logs. Since we can not use motorized heavy equipment in the Wilderness (not legal and most places are too remote for them to access anyways) rigging is often the minimum tool that can get a remote job done. 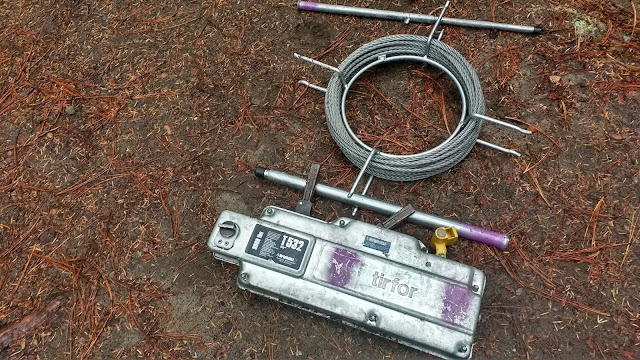 This is one of the cable winches we used. The wire feeds through it and the handle cranks it through. 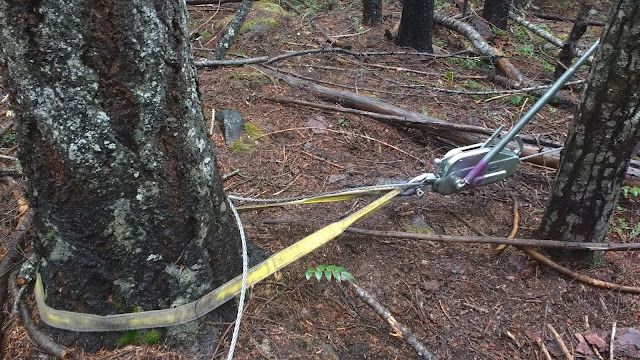 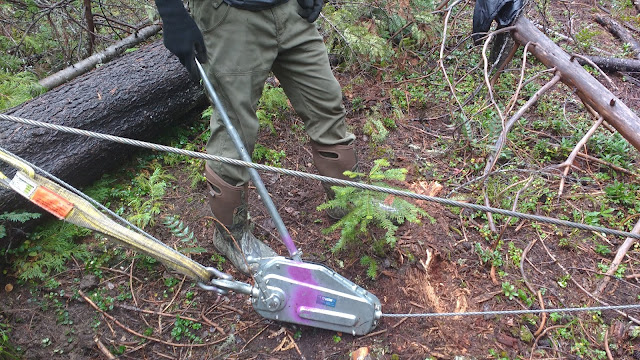 Here it is set up at a couple different spots. The wire feeds in through the front and the back gets anchored to a tree with a slings and shackles. 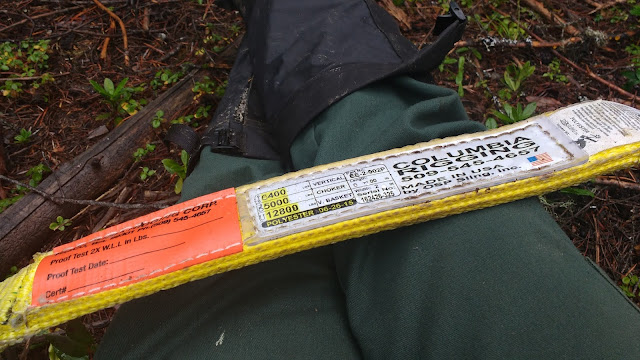 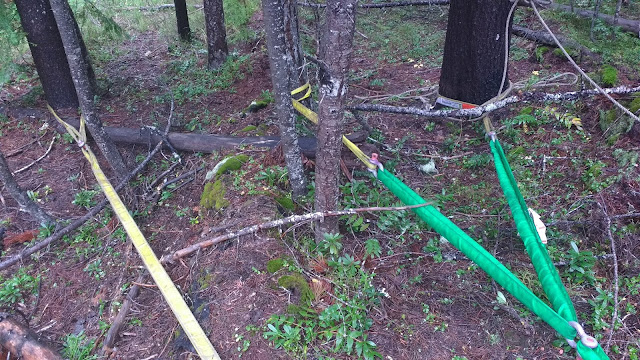 If the anchor slings were slung around the tree in a basket type hitch they were strongest (tree on left), if you girth/choker hitch them (center and right tree) they lose some strength, least strong if you set the slings up straight. The strength for each set up is noted in pounds on the sling (photo above). 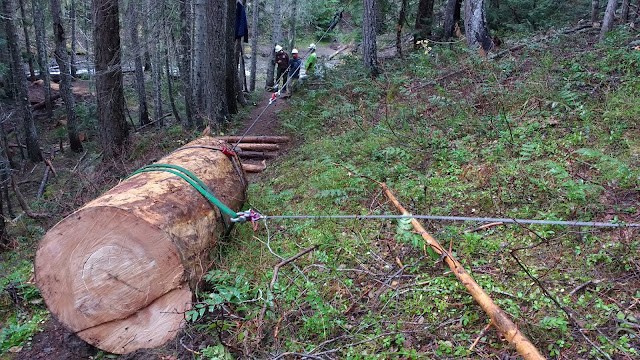 This log was attached to two winches, someone was feeding out cable on the near one while the other was simultaneously taking the other cable in to maintain control. The logs on the trail are there to reduce friction so the log would move more smoothly and also to keep it from digging into and eroding the trail too much. 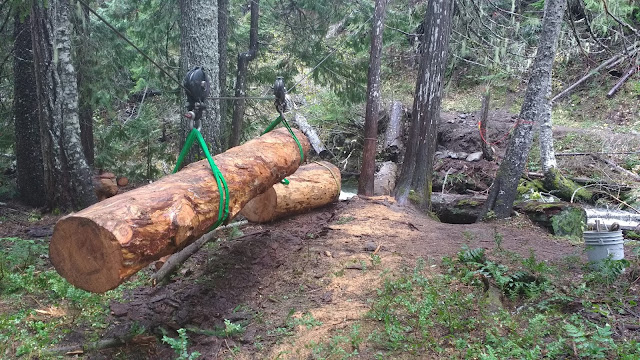 Once our logs were close to the bridge site, another line was set up to move thelm over the creek. The log started on the ground and enough slack was fed into the rigging system to hook it up to the slings and pulley blocks, once secured to the line, the line was given tension which lifted the log up off the ground so we could guide it to it's home. 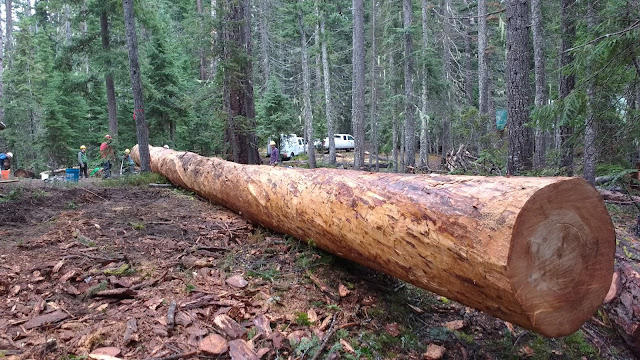 This is the biggest log that got moved. Pretty impressive what the equipment is capable of moving. Sadly, I was not present for the end of this project and don't have any photos of the final bridge.

Last week we had another rigging project. The opposite of that last project, instead of moving a log to a site to become a bridge, we were using it to help us get a log off a bridge! A tree had fallen onto on of our trail bridges and we needed to use rigging to safely remove it. The rigging allowed us to saw the log and when the cut was through, instead of the weight releasing and coming down onto the bridge (which had the potential to damage the bridge structurally) it stayed suspended so we could release it in a controlled way. 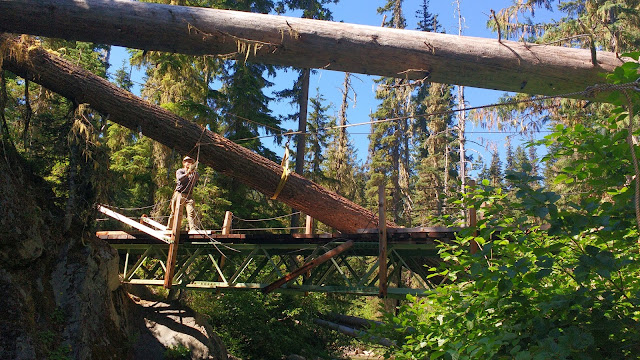 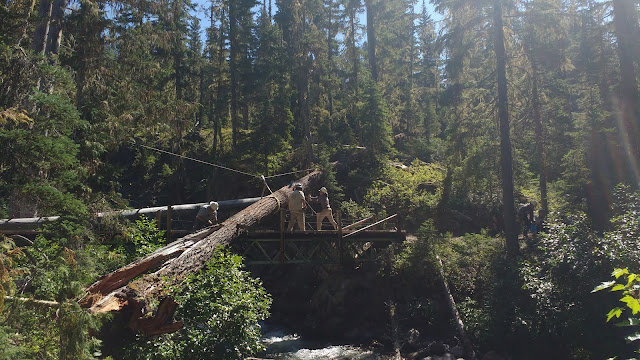 We made two cuts and the rigging set-up made it so the log could be let down gently instead of falling and potentially damaging the bridge. You can see the main cable in the middle of the log and then we had two smaller cables set up to direct each cut piece away from the bridge (visible in second to last photo).
Posted by V at 3:01 PM